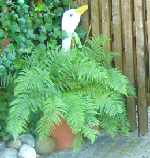 Behavioural finance, as a complement to traditional finance has long been trying to understand how people make decisions. This with the goal to eventually help investors improve their economic results, speak make their portfolios more efficient in the sense of modern portfolio theory (or put simply, make more money for given risk). The discipline, borrowing from psychology, has uncovered numerous biases that distort people’s decision making, typically to their detriment. Now then, there are lots of fruits to harvest from those studies, not only for professional investors and traders, but equally for the Sunday afternoon private want-to-be stock market player or the corporate citizen involved in day-to-day projects in their company. Let’s pick some of these sophisticated fruits, cut them up and prepare them somewhat easier to digest.

Behavioural finance distinguishes between cognitive biases and emotional biases. For the cognitive ones we thank our human brain’s limitations. Its logic gets messed up from time to time (a spammer in the wheels), we are far from applying mathematical concepts like statistics or probability theory correctly in daily life and the brain’s memory is sometimes like a Swiss cheese filled with holes or an old hard-disk drive: easy to access the information where the magnetic head is just positioned; takes terribly long to rotate to the place where other past or more complex experiences are stored. In contrast, emotional biases cause faulty reasoning when we are overwhelmed by emotions, impulse, strong attitudes, beliefs and even intuition (straight from the guts). Let’s circle then through some of the most prominently discussed biases and bridge the gap to the non-financial but still real world of corporate and private life.

Overconfidence bias. For those short of confidence, this psychological bias might appear like the ultimate thing to strive at! Still it has killed more than a few traders’ careers. Equally it regularly leads corporate people to fail on big projects and sink a few dollars or euros (or pounds if you prefer). There seems to be a curse that chases smart people. They know a lot and that in the end creates an illusion of knowledge; the first step into the abyss. On top, overconfidence is fed by people crediting themselves exclusively for the rare successes and apportioning blame for the many failures to this and that, the what-ever-comes-to-mind-external-factors; the second and final step into the abyss. This self-attribution seems to be hard-wired into the human species. Everybody wants to be ‘better off’, enhancing and protecting themselves in one go, thanks to an ego.

Self-control bias. Meant is actually a lack of self-discipline. It leads people to never reach their (otherwise achievable) long-term goals. Our psyche seems to prefer small pay-offs now compared to larger pay-offs in the (well sooo isn’t it) distant future. Familiar observations come to mind: the college student who prefers the short-term reward from playing Zynga’s famous FarmVille game versus paying into his long-term educational achievement account by revising maths or physics; or the employee who enjoys the daily gratification of busily staying within her comfort zone, and never embarking on a serious learning process to learn the ropes of internal politics and understanding how corporate ladders are to be stepped on, whilst annually lamenting about a lack of career progress.

Status-quo bias. Didn’t Newton give it the status of a law (of nature) in his Philosophiæ Naturalis Principia Mathematica? The mental problem of being married with the status quo means people don’t look for opportunities or change where it would benefit them. I have met people where the joint conclusion was they would hit the wall in some way unless they change course. Some of those happily live on in denial (maybe they encountered only a crumbling forgiving brick wall in the meantime); others even nod in a moment of introspection, stare at the facts but wouldn’t take any action. Inertia ties them with strong ropes to the mast of their clipper. Mind, being bound to the status quo is not in contradiction with running an overly busy and fast-paced life to the point of the all-relieving heart attack. One can run on a railroad track for years before hitting the buffers. Examples we find with the corporate employees who never go out to find a new role, though organisations come and go, new areas of enterprise emerge and opportunities wait to be discovered by them.

Endowment bias. Though this being a bit of a technical term, its essence is simple. When we hold rights to something, we mentally endow it with extra, made-up value. We purchase a house for say £161,743 (happens to be the UK average house price as estimated by Halifax from Sept 2011) and promptly want to sell it a month later for say £170,000, because we feel it’s just worth more, endowed by our living-in-it. We also hold on to stuff we got emotionally attached to. How many corporate-, industry- or government-funded projects are still there, kept alive by the goodwill of sponsors, because endowed with emotional attachment or a false sense of loyalty to a defunct undertaking?

Regret aversion bias. That’s indeed a very powerful emotional bias. Out of fear that things may turn out poorly we avoid making a decision altogether. Mental regret from an error of commission (having taken the wrong action) is very painful. So let’s avoid it. Many corporate decisions are getting delayed in the hope the problems resolve themselves. If you make such and such decision, you might be wrong and find yourself crucified before you got a chance to blame someone else. Surely you would later regret such bold decision. So better forget it…. Interestingly, organisations that promote and live a culture of ‘try often, fail fast’ may successfully cut through this jelly of regret aversion dampening the boldness and entrepreneurial spirit of their staff.

Loss aversion bias, our final one for now. Behavioural finance experts argue that the utility (let’s call it satisfaction) from gaining a dollar is much less than the utility experienced as having parted from us when losing a dollar. Or in other words, investors accept more risk to avoid a loss than to achieve an equivalent gain. You will remember the traders who sank or nearly sank their corporate ship, when they took massive risk to recover from a painful position of loss (e.g. Nick Leeson of Barings). Loss aversion is also in action when people hold on to losers and sell winners too early in the stock market. We hold on in a fanciful belief of recovery in an attempt to avoid the pain of an actual, realised loss. We sell the winners as fortunes may change and may turn our good win into less of a win.

Zooming into corporate life, loss aversion appears widespread. Holding on to losers: oh yes. How many corporate, industry or government projects are around that are on a losing trajectory, but stakeholders hold on to them to avoid the anticipated final embarrassment? History tells that even the greatest can fall victim of this. In the olden days, famous Apple Inc. killed the Newton tablet project arguably far too late (on the positive side it might have kept the vision of a smart device alive over decades, as the company eventually endowed the world with its famous i-series of devices like iPhone and iPad).

Are corporations selling winners too early? Taking profit instead of letting them run? An example would be for a big corporation or venture capital firm disposing of a new fledgling of technology at a minor profit, considering its revenue potential as ‘really minor’, thereby not overseeing the growth of the fledgling into a respectable palm tree with much greater present value of future cash flows.

A final aspect of loss aversion is that it comes with risk-seeking behaviour if one is in a position of loss and with risk-avoiding behaviour if one is in a position of gain. That reminds one of the innovator’s dilemma. Established, profitable organisations sometimes tend to prioritise the protection of quarterly figures and avoid taking project risk. In contrast, organisations that find themselves in a ‘domain of loss’ like shrinking margins or loss of market share may take much bigger gambles and risk to rectify the situation. Maybe Nokia is an interesting case. Few years back, in good times of market dominance and excellent profits, analysts say it missed the trend towards touchscreen smartphones. Was it in risk-avoidance mode in a psychological ‘domain of gain’? Later, when margins got slimmer and market share was lost to rivals like Apple and manufacturers using Google’s Android operating system, the CEO called for massive change, likened the only way forward to a jump from a burning (corporate North Sea oil) platform into the cold waters of doing things differently, got rid of Symbian and allied with Microsoft. From a shareholders’ perspective that was surely taking risk. Behavioural finance would call it risk-seeking in a domain of loss.

The world of finance has reached a point in its evolution where there is little doubt about the relevance of behavioural biases. What I mentioned as Regret Aversion is directly linked to herding behaviour (avoiding the regret of missing out on something). Massive herds congregated between 1995 and 2000 to create the dotcom bubble. Various herds gathered to create the real-estate bubbles in US, Ireland and Spain that finally burst in 2007/8. Overconfidence bias made rating agencies endow a nifty AAA rating to risk-carrying tranches of collateralized mortgage obligations, and made banking professionals around the world buy the toxic stuff. Psychological biases wield much power.

Every serious student of finance nowadays gets trained in understanding and recognising those biases. What about the situation in the real-economy corporate world? I see less awareness of those behavioural biases, whilst they are equally around and relentlessly exercise their influence. No wonder, our brains and mental processes bother little about our profession, whether we are futures traders, project managers, executive program sponsors, engineers or marketing people. Behavioural biases hold us firmly in their grip. Recognising them in daily life should be worth a try.