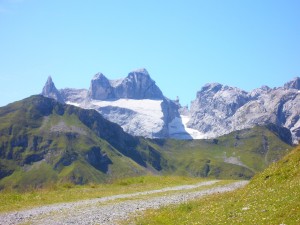 As mentioned in previous articles, much of the world is over-indebted, after a long period of boom and buzz. Some banks are still too highly leveraged or their capital base is thin (and vulnerable to write-downs of e.g. Greek government debt, see Dexia for a recent case). Governments are too much in debt, one or the other seems ripe for default. The prospect of doom and gloom has knocked many stock markets around the globe off their highs. The economy is barely growing, if not falling back into recession. Interest rates are thus kept low despite rising inflation. Enough bad figures for the average busy employee or worker to feel frustrated for a moment, if they even notice the figures (as they are busy). What’s the investment and savings fate of the FIDP, the ‘financially illiterate or disinterested person’?

My first hypothesis is that if FIDP were an officially recognised category (mind, I just make it up here, so probably it is not) and governments undertook a census and produced relevant statistics, many people would find themselves in this category. Many means a large proportion of the population, so large that one may even conclude carrying the badge of FIDP is like having a bent towards consuming some fast food, not doing much sport, watching lots of TV, and entertaining oneself with less important though probably more joyful stuff. It may be a bad habit and not very helpful in the end but it’s pretty normal, widespread and common. Thus, being a FIDP doesn’t seem to be a bad thing at all in the eyes of our society. Becoming a FIDP is very easy: People may have a lack of awareness, lack of understanding of consequences, lack of knowledge or lack of capability (then FI) or they state a genuine lack of interest (then DP). From a behavioural perspective they may put a blind eye to the challenge simply to avoid the pain of seeing the issues and feeling compelled to deal with them.

My second hypothesis is that FIDPs are going to face issues in the years to come, specifically those who one day reach retirement, unless they happen to be lucky and for other good reasons financially independent or well off. The prime reasons for this are as follows.

First, the odds of economic welfare are partly stacked against them. Because of a major debt overhang in developed countries and demographic changes still well under way (speak aging populations), state pension systems, social systems and state-funded medical care will likely suffer some cut-backs. Relying on the state to fund one’s retirement is not a good idea. Furthermore, in the mid-term future one would expect i) taxes to rise as governments need to pay down mountains of debt (and to possibly fund more emergency pools like the EFSF) and ii) inflation to rise as the quantity of money has been significantly increased through the process of quantitative easing whilst growth in economic output may not sufficiently counterbalance the growth in money supply.

Second, pension investment risk is being moved from corporations to employees, as companies move away from defined benefit schemes to defined contribution schemes. This shifts the risk dramatically from employers to employees. However, are FIDPs portfolio managers or financial risk managers? A defined contribution pension scheme and a FIDP seem to be an unhealthy combination as a base case.

Third, in the face of governments not able to make big pay-outs and defined contribution pension schemes not delivering the big anticipated returns as FIDPs are not expected to manage them closely, another option for FIDPs is to take more responsibility and stow some cash away in form of savings and investments. However, here again the issue lies in their lack of closely supervising or managing their investments for the very reasons which cause them to be FIDPs.

One reason for above situation is mistaken beliefs.
One such belief is that long-term investments in the stock market will provide good returns and because that can be demonstrated selecting the right historical time periods, it entices people to buy and hold, or sometimes more accurately buy and forget in good hope. However, ‘stock markets provide superior returns’ is too generic a statement. In periods of volatile markets, much depends on the timing of entry and exit to the market. Buy and hold is not a recipe that guarantees success. An investment in the FTSE 100 stock index around Dec 1997 would have returned close to zero return or even a loss in Oct 2011. The same investment made any time in 2000 and held to Oct 2011 would have made a loss, whereas had it been made in Mar 2003 it would show a decent annual return, and again a major loss had it been made in 2007. The facts tell us that good market timing makes a difference. Many studies equally tell us that achieving good market timing is very difficult and thus for many not worth trying to attempt. If FIDPs bother at all, any naïve belief in the goods of a stock market are mistaken. On the other hand academics would praise them for not attempting market timing as they would likely be unsuccessful. That leaves the FIDPs exposed to the elements – a disturbed random walk directed by economic booms, busts, euphoria and crises.

A second mistaken belief is that offloading one’s investment decisions to financial experts e.g. through purchasing mutual funds will put investments on a long-term road to success. A major wrong assumption is that the average fund manager (of a fund for retail clients) manages the funds through time with the objective of maximising total return or preserving capital. Instead, fund managers are supposed to stick to a certain mandate or investment strategy. A fund set up to invest in the banking sector is supposed to do so even when shares in the banking sector nose-dive due to a financial crisis. If the fund is under restrictions to short selling or taking short positions, the net long position of the fund is naturally shrinking in value. Were the fund to shift investments largely into cash, the fund may well violate its investment policy. If above fund lost 30% of its value within 12 months and most of its peer funds lost more than 30%, the fund manager would still be celebrated as the best one in the sector, though the busy FIDP would lose 30% of their investment and hope that the drawdown is recovered within a year or two. Mind, getting even again requires a 43% rise in the fund. Highly volatile markets are not playing in favour of a buy and forget strategy.

The following points suggest a way out of the problem.
Diversifying across asset classes whose value is not equally pulled down in times of market downturns, financial crises or recessions – and hope for the best.

To a degree keeping control of asset allocation of one’s funds throughout time. In times of severe market downturns, this allowed even non-experts to switch substantial parts of their investments into cash or into massively discounted, high dividend-paying shares, thereby avoiding the drawdowns which inherently will be suffered by many of the mutual funds otherwise suitable for retail clients.

But here then arises a dilemma: FIDPs may have insufficient knowhow to manage asset allocation over time, or they are not interested in the subject matter at all, or they believe they are rightly too busy with other activities, which is of course a matter of priorities.

Is the solution to put the fate of their investment portfolios and defined contribution pension plans into the hands of financial advisers? If so, the message needed to get through to FIDPs.
Surprisingly many FIDPs will multiple times more often check the petrol gauge in their car’s dashboard than checking the status of their pension accounts. In the short-run that priority may be right, in the long-run in may turn out to be painful, given the odds are stacked in favour of the FIDPs to well reach a glorious age of 90 – 100, given they have no stress caused by pondering about financial markets.